The Legal Aftermath of Defense Against Road Rage 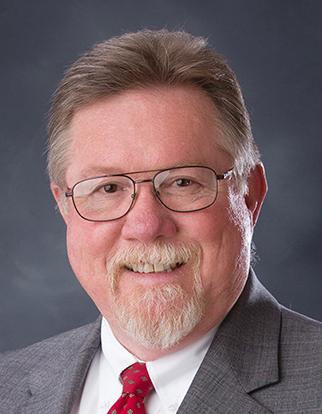 An Interview with Jim Fleming

After fielding a series of questions about legal defense against road rage, I realized that I needed to clarify some of the concerns in my own mind. Fortunately, I knew just whom to ask! I took the questions to our Advisory Board member James Fleming, a former law enforcement officer, who now works as a criminal defense attorney. His answers were clear warnings and in the interest of sharing his message accurately, we switch now to our Q & A format.

eJournal: Jim, you’ve been practicing law for three decades, but before that, you were a law enforcement officer, so you have an excellent knowledge and experience base from which to advise members on concerns pertaining to use of force in self defense during a road rage incident.

When an armed citizen uses a gun to defend against someone who attacks them after a real or perceived wrong occurring between drivers on the road, a study of those stories often shows that the attack didn’t “just come out of the blue” and that in fact, both drivers exchanged insults via gesture or word prior to the shooting. Today, I greatly appreciate the opportunity to discuss defense of self defense associated with a driving incident so our members more clearly understand the issues in defending these cases.

In general, does shaking a fist or making the obscene gesture of the raised middle finger at someone in traffic constitute an invitation to fight–to engage in mutual combat?

Fleming: Depending upon the jurisdiction in which the action takes place, it certainly can be viewed in that way. Your readers need to understand that the laws governing these types of interactions will change from state to state, and the application of the principles embodied as rules of evidence, as well. You and I have previously talked about examples such as TX, where evidence of aggression can be used to defeat the argument that the defendant claiming self defense is entitled to a presumption of reasonableness. In the right circumstances, that can be fatal to a claim of self defense.

Do you practice safe gun handling?

As more and more people turn to guns for self defense, a large number of whom have no previous experience with guns, and with the mandatory state licensing programs for obtaining concealed carry licenses requiring little actually firearms training, it is more and more likely that otherwise certified good guys with guns will, on occasion, experience a mishap. My column this month will address this issue and I implore you, especially those of you without a lot of years experience as a gun carrier, to give what I have to say some real introspective thought. It is a deadly serious topic. Let me give you an example.

About 20-plus years ago, I got a call from the wife of a former student who related a story to me. I had never met her, but she wanted me to know what had happened in her household. I sat on my couch (office in the home) and listened with horror as she related that her husband had shot their daughter in the head with a .357 magnum revolver. This student, as it turned out, had a drinking problem, and was at the time of the shooting, drunk.

This month’s Attorney Question of the Month comes from a Network member who is an attorney practicing civil law with a background in insurance. As a state-approved instructor for the TX license to carry, he asked us a very interesting question, which we quickly passed up to our affiliated attorneys. Their comments will run in the next several issues of this journal. Our member asked–
If a gun owner carries a handgun into a prohibited area (designated by statute or signage) and is involved in a self-defense shooting, would the fact the gun owner violated the law by carrying the gun into a prohibited area be admissible as to the mens rea of the shooter?

For example, a gun owner in Texas (with a license to carry and carrying a concealed firearm) knowingly passes a clearly displayed sign prohibiting guns, which meets the statutory requirements. At this point, the gun owner has committed a Class C misdemeanor.

Now suppose that same gun owner uses the gun in self defense. Is the fact the gun owner violated the armed trespass law admissible to the finder of fact in determining an element to murder or manslaughter?

Hello and a happy October! I can hardly believe that fall is here…where has the year gone? Here at the Armed Citizens’ Legal Defense Network we are already gearing up for a great 2017. We have a number of new programs and new opportunities to keep bringing the cream of the armed citizenry into our Network.

One of my favorite things to do as the Network affiliate liaison is recognize how my affiliates are doing great things on behalf of the Network. There were many, but the first affiliate to really catch my attention this month is Brian Dolly. Brian is an independent instructor from River Ridge, LA. I have spoken with Brian over the phone a few times in the past few months, and each time Brian leaves no doubt that he is a good fellow who knows his business. I would not hesitate to recommend Brian to a student.

I bookmarked Dan Bernoulli’s study of police use of deadly force, Reasonable, Justified and Necessary after reading an attorney law blog that recommended, “If you’re a serious student of the dynamics of the use of deadly force in defense of innocent life, your bookshelf is not complete until this book is resting on it.”

Several circuit court decisions drew my attention recently. One concerns restoration of firearms rights to plaintiffs who were convicted of non-violent felonies and another addresses restoration of gun rights denied as a result of involuntary commitment for mental health treatment decades ago.

I first read about these decisions in the Volokh Conspiracy (don’t judge based on the name; it is a consortium of law professors and attorneys who write the most interesting commentaries, even if I don’t always agree!). Anyway, getting back to restoration of gun rights, the latest victory comes by a 6th Circuit Court ruling that a gentleman who was committed for mental health treatment in the long-forgotten past should not be prohibited from possessing firearms today if he is now of sound mind.