Responding to a Robbery in Progress 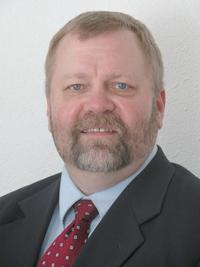 Earlier this month I read a news story about an armed citizen with a valid concealed weapon permit, who stopped a robbery in progress by shooting and killing the armed robber. According to news reports, the robbery suspect entered a Waffle House, robbed the restaurant and was leaving with the cash drawer in his hands. As he left the building, the armed citizen confronted him. The robber raised his own gun and shot at the armed citizen. The armed citizen returned fire, hitting the robber in the lower abdomen. If you want more information, search the Internet for “Waffle House Robbery Shooting.”

While this real-life example sets the stage for this article, the purpose is to neither criticize nor endorse the armed citizen’s actions, but instead, drawing upon my experience as a firearms trainer and President of the Firearms Academy of Seattle, Inc. for the last 26 years, to discuss the issues involved in intervening in a robbery in which you are not the targeted victim.

In my school’s training courses, we have been putting students into mock robbery scenarios for many years. We give the student that experience in training, so if it happens on the street, the student can fall back on some valid training to handle the situation. This is exactly the same reason for which law enforcement cadets participate in “mock scenes” towards the end of their academy training. I can still recall each scenario I participated in when I was in police academy 35 years ago! The training technique is valid, and every armed citizen who carries a gun for self defense should seek out and participate in scenario-based training.

What are the options when one finds oneself on the periphery of an armed robbery in progress? Let’s take a look.

Yesterday we took a call from a man who was asking questions about the Network. Eventually I ended up on the phone to answer one final question for him. He was from Northern California, and told me that while he can lawfully carry in his own county, he said that privilege does not extend to visits where his grandchildren live.

I made sure that he understood that Network benefits would not extend to members breaking the law when they had to use force to defend themselves, adding that everyone had free choice in how to live their lives. No one is forcing him to live where he lives, and no one is forcing him to visit where he cannot legally carry a gun. That is free choice. I then made an example of myself, as follows…

It is rare that I am not armed, but sometimes I make the conscious decision to un-gun, in order to participate in an activity that I feel is important enough to merit going without the benefit of being armed.

Last month in this column, we asked Network Affiliated Attorneys about protecting your rights after self defense while calling 9-1-1 for law enforcement assistance. The responses were so numerous that we continue this month with more of those answers. The question is–

My recommendation is that a citizen involved in a shooting tell the 911 operator “I’m the victim of an armed robbery (or some other crime). 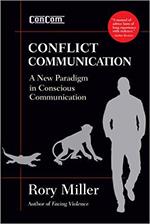 If a book about human communication seems an odd topic for a Network book review, consider this: use of force incidents often result from strained relationships with neighbors, and some of our greatest fears are of attacks by disgruntled people at work or school, dangers from strangers brought into the fold at church, or discomfort with an odd guy or gal at the edge of your social group. We worry about road rage, but some communication–verbal or non verbal–nearly always occurs, creating opportunities to divert impending violence if we know how to manipulate the situation. Conflict Communication by Rory Miller introduces the requisite skills.

A warm Network welcome to a nice batch of new affiliated attorneys, including Blake A. Payne who joined our Network Affiliated Attorney group after “press time” for this column on the final day of September. Mr. Payne practices in Jasper, AL, and in approaching us at the Network, expressed his interest in being able to be a resource to other armed citizens. I believe the Network’s advertising outreach is paying off in more than just increased membership. It has raised awareness of the Network among practicing attorneys and we are getting a lot more contacts from attorneys instead of our usual task of reaching out to the attorneys and introducing a new organization about which they’ve never heard.

On the final Monday in October the Network hit our original membership goal of 10,000 active Network members conceptualized by Network President Marty Hayes way back in 2007 when he was pulling together our Network leadership team in preparation to launch our organization. It was a kind of funny goal achievement, because by day’s end, our membership roster count had exceeded 10,000, so that fun “ta-dah” moment passed quickly with no champagne bottles popped open, and after a brief discussion, we all just went back to work. Mondays are like that.