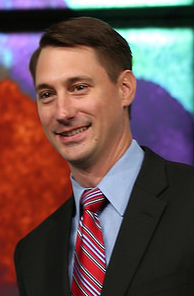 In the February 2020 edition of our Network member’s journal, we introduced readers to Dr. David R. Walker, the superintendent of Christoval Independent School District (ISD) in San Angelo, TX, who told us about his school district’s armed Guardian Plan. If you missed the story of how this program of armed school staff got started and how it works, we suggest you read https://armedcitizensnetwork.org/defending-against-school-shooters then return to this interview for the conclusion of the Christoval Guardian story.

Now, we return to our conversation with Dr. Walker, this month detailing how the Christoval, TX, community has reacted to and participated in school safety planning that includes armed staff.

Despite 10 months having passed since it started, the Network still does not have a resolution to the investigation the Washington State Office of Insurance Commissioner instigated against us. We have gone through two different law firms, spent over $10,000 on attorney fees, and we are still not sure what we are facing in the future. The commissioner has pretty much shut down competitors who sold self-defense insurance products here in WA State, and now that I have a deep understanding of the commissioner’s arguments combined with the wordage of the WA insurance statute, I can see where they have cause for their actions against insurance plans.

Network members have questions about self-defense shootings that occur in and around cars. Late last summer, news reports about a spree shooter who killed seven people and injured more than 20 while driving around Odessa, TX, before he was shot by police gave rise to questions that we posed to our affiliated attorneys. We asked:

Setting aside the many tactical and marksmanship issues associated with shooting from vehicles, if an armed citizen faced a similar situation in your state, do laws that prohibit shooting from or across roads and from vehicles make an exception for self defense?

What legal issues could you envision arising from shooting back if caught in a moving attack?

We had so many responses that we carry the attorney responses forward to this month’s journal. If you missed last month’s edition, you may wish to return to https://armedcitizensnetwork.org/february-202-attorney-question. Here are the rest of the attorney comments:

Note: The book I read this month is so compelling that I’m unable to limit its review to the usual length. To give this important topic its due and because the opinions expressed by Pollock and Eden so closely mirror my own, the book review does double duty as the editorial this month.–Gila Hayes