We are looking forward to some very good things this coming year. We are closing in on having $1,000,000 (that’s one million dollars, folks) in the Legal Defense Fund, despite needing to fund a defense for a member this month. Membership totals are also closing in on the 13,000 mark, which is just phenomenal. One thing that really helped last month was getting a mention on the Hickok45 You Tube channel. The star of the show, Hickok45, is a Network member and out of the blue, he posted a segment about the Network and why he joined. Our phones started ringing off the hook, and we had a wild week in the office following that mention. Goes to show you the power of word of mouth advertising and social medial. We welcome the several hundred new members joining us last month. 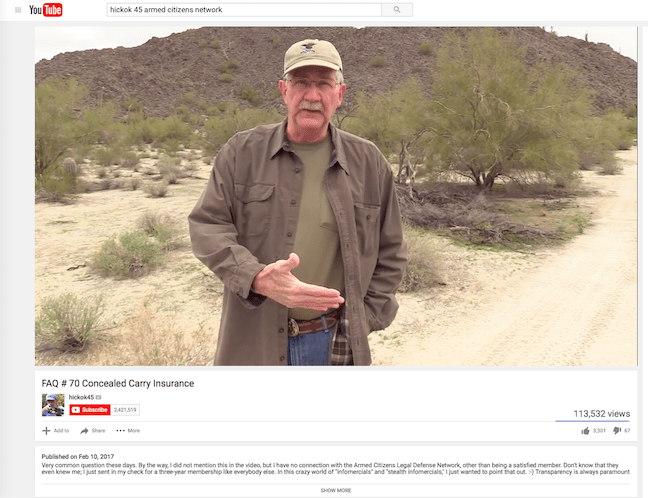 Then, out of the blue again, I got a request to go on CNLive, which is a TV Talk Show on NRATV with Colion Noir as the host. For those on the gun Internet, you have undoubtedly seen Noir’s articulate and entertaining political comments regarding the gun issues of the day. I have been a big fan of these, but frankly didn’t know he had a TV show, too. After receiving and accepting the invitation to be a guest on the show, I spent the next couple of days researching his program. The research? I sat in front of the TV and watched his show. Thus, when the time arrived for me to go on the show, I was very familiar with the format. We had an interview on Skype about the Network that lasted for about 10 minutes.

Unlike other hosts with whom I’ve been on the air, Noir is very accommodating and let me talk and get my points out. I hate it when a host primarily wants to hear his or her own voice, and talks right over their guests. We didn’t have time to really get into the issues of armed self defense and the legal issues surrounding it, but we did get to talk about the Network (one of my favorite subjects). Thank-you to Colion Noir and NRATV! I highly recommend the show for our members. 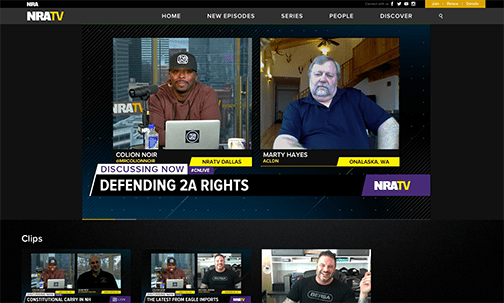 At the start of the month, I fielded a phone call from a fellow who was involved in an ongoing dispute with a repossession company, who kept trying to get his truck. The police had been called several times. He wanted to discuss joining the Network so if he had to shoot someone to resolve the repossession issue, he would have the funding for a legal defense!

So, I talked with the individual and politely turned down his request to become a member, as solving his issue really was not the reason we started the Network. This got me thinking about pre-existing conflicts and whether or not we would go to bat for an individual who joined up while such a pre-existing situation was on-going. I can think of a nasty divorce/child custody situation, and of course, there are ongoing disputes with neighbors over property lines. So, for any of you who are reading this, but have not yet joined the Network but who are also involved in an existing dispute, we are not the organization for you.

The month of February ended on a high note for me, when I got a Facebook message that one of our Network members, Paul Lathrop was in the area and wanted to meet up. Paul is a long-haul trucker, but he doesn’t get out to the West Coast much. I had missed him a few weeks ago, so I agreed to meet him at a local I-5 truck stop and break some bread together.

Paul hosts The Polite Society Podcast on which I have been a guest in the past. He was the guy who ran afoul of a misguided law enforcement and prosecuting attorney’s office in Nebraska, when he was arrested for supposedly brandishing a pistol and making “terrorist threats.” For the next several months, they made Paul’s life a living hell. His attorney used the truck stop surveillance video to show the prosecutor that there was no brandishing of a pistol involved. You can hear the whole story on this podcast episode, in Paul’s own words http://traffic.libsyn.com/politicsandguns/387.mp3. 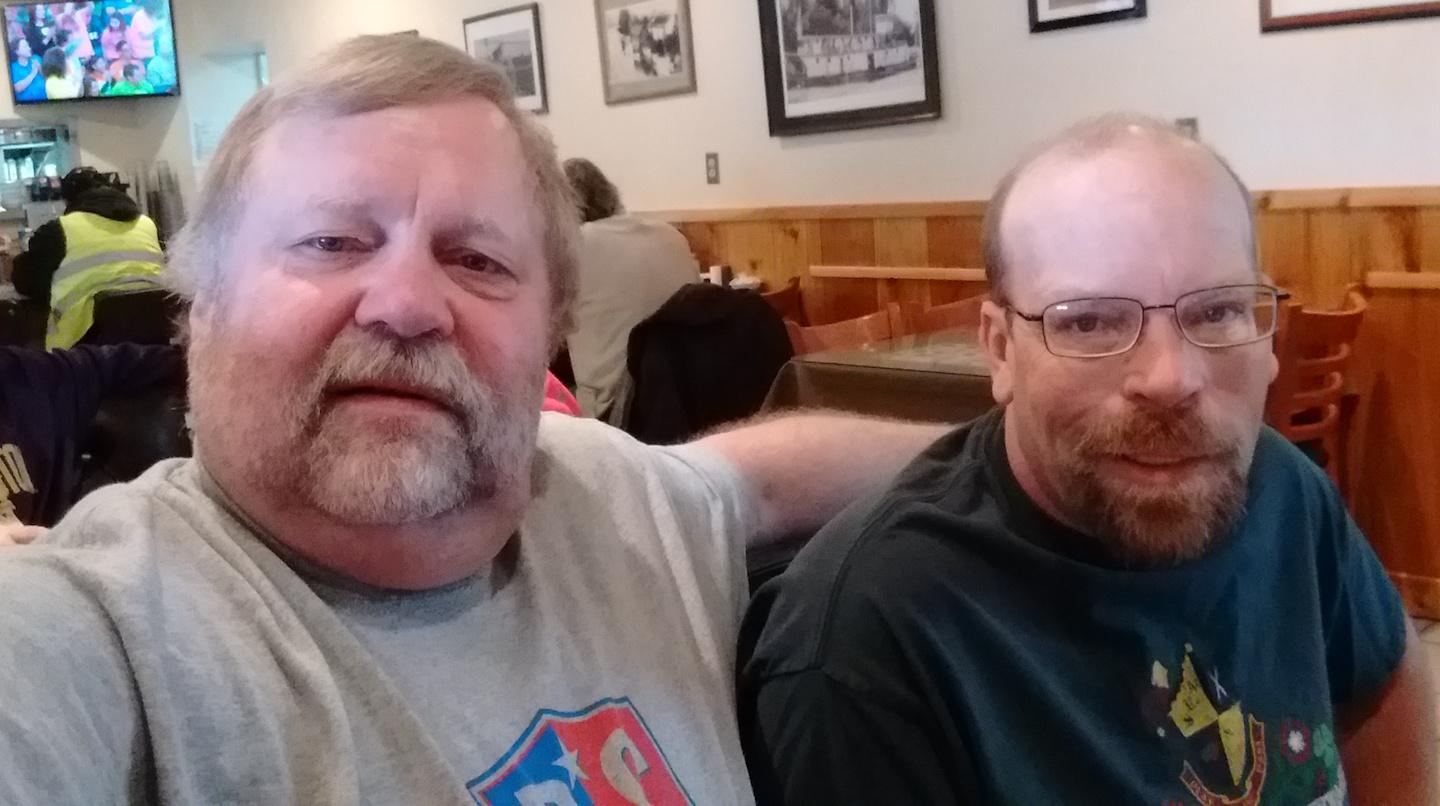 Paul was not a Network member at the time of the incident, so we were not able to draw money out of the Legal Defense Fund to help. Having offered a little assistance to find the right attorney, I then did my best to publicize the story. I asked if any Network members felt like helping him out a little, and many of you responded. With your help, he raised the money for a good legal defense and the charges were dropped. In talking with Paul, I learned that the police are still keeping his gun as evidence, so getting it back is the last thing before this problem is over. Paul’s story is a classic example of how a law abiding gun owner can get wrapped up in the legal system for doing absolutely nothing wrong. It was fun to finally get to meet Paul and share a meal together.

I am going to sum up this rather short message this month with a little political commentary. Since President Trump’s inauguration, this country has suffered a concerted effort by a mainstream media that hates him to attempt to destroy the President. It seems as if the major TV networks, cable news networks and Internet news providers have lost any sense of objectivity, and are simply hostile to the President. They are working day and night to find any reason to take him down. Contrast this with the kid glove treatment afforded the former occupant of the White House and his Secretary of State, in which these same “fake news” providers overlooked scandal after scandal. So be it. We need to move ahead for the sake of the nation, but how can we do that, in the face of such overwhelming opposition to the President?

I do not know that answer, but I do know that in addition to the national battle ahead, we also have local battles. For example, in my own state of Washington, the anti-gun politicians proposed legislation to implement a registration/licensing scheme for all “assault weapons” and another bill imposing a so-called safe storage scheme which would have required people to keep their guns (for the most part) under lock and key at all times. The good news is that with some quick action by many good people, we were able to defeat these bills. At the same time, we know that these anti-gun politicians will be back during the next legislative session, and that they are likely to try to achieve their goals through an initiative process. They will attempt once again to have their way.

We must be vigilant, and even if some of you live in a state where there is no way this type of political activity would gain traction, keep in mind that we are all in this together. That is where I expect to spend my political effort in the foreseeable future, and I will let our President and Congress fight the national fight.