What is the Armed Citizens' Legal Defense Network's Mission?

Our mission, indeed, our entire focus is the preparation, education and legal defense of Network members who defend themselves and their families, then face unmeritorious prosecution by the criminal justice system. 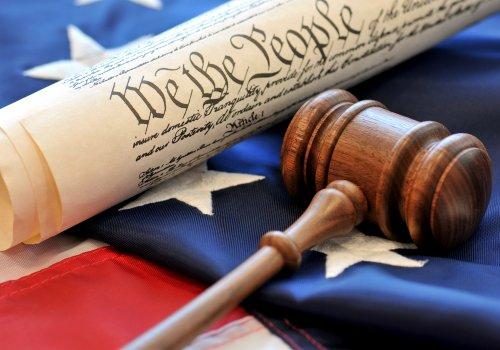 The Network is an organization of gun owners pooling their strength to protect one another when a member comes under scrutiny of the legal system after acting in self defense. Just as the earliest labor unions were mere groups of workers joined together to prevent abuse of individual workers, Network members have joined, not because they expect to use deadly force in self defense, but because they are well aware of the abuses the legal system can enact against the innocent man or women forced to defend self or family.

Our members recognize that an individual may not carry much weight against the legal system. The Network's strength, its experts and the fund amassed from 25% of all membership dues, provides vastly more power to protect your legal rights and legal survival.

A Network member is probably the least likely gun owner to be involved in a shooting or otherwise use deadly force. This is because of our aggressive educational program that starts when you join the Network. A 235-page book plus an informative series of nine educational video lectures is given to each new member. Our member education committment ensures that your understanding of use of force in self defense is first class. Our content-rich on-line journal carries on that mission each month.

The Network is a membership organization with a variety of services for members. Using the links to the right, you can browse through information about what you get with your membership, an introduction to the Network leadership, media coverage of the Network, why our members have joined, and answers to frequently asked questions.

In 2008, we established the Armed Citizens’ Legal Defense Network, Inc. as a membership organization to fulfill two core missions: first, to help members in the legal fight after they justifiably use force in self defense by paying for the services of attorneys, expert witnesses, private investigators and other professionals essential to mounting a vigorous legal defense of self defense on behalf of our members. Our second mission is educating our members (and to some extent, the gun-owning public) in the law governing use of force in self defense and how armed citizens can protect against unmeritorious prosecution. Let me explain how we do this.

Why Should I be a Member of Armed Citizens' Legal Defense Network?

The membership benefits alone can pay for your yearly membership dues!

First, We Believe Education is a Priority!

Members have access to educational articles, interviews and updates through a monthly journal published online.

Questions most often asked about the Network include...

If considering joining the network, you undoubtedly have questions!  We've compiled a fairly comprehensive list of those we've been asked.

If you don't find the answer to your question, please contact us by clicking the "Contact" link above.

Get to Know the Network Leaders

The concept of the Armed Citizens' Legal Defense Network, Inc. is the idea of the Network’s President Marty Hayes, who, after founding and running a successful firearms training business (The Firearms Academy of Seattle, Inc.) for many years, chose to address the issues of post shooting legal issues. In 2003, Marty decided to pursue a law degree with the expectation of working in the legal arena, and during this time, the idea of the Network was born. Upon graduation in 2007, he set out to form the structure of the Network, along with working with other top firearms training professionals to ensure the success of the Network.

What Every Gun Owner Needs to Know About Self-Defense Law

We'd like to send you your own copy of this concise, little booklet packed with critical information for American gun owners.

The Firearms Press is Talking About the Network

Word is getting out about the Armed Citizens' Legal Defense Network, Inc. We appreciate the publicity the firearms media and authors give the Network as they spread word of the Network and its mission.