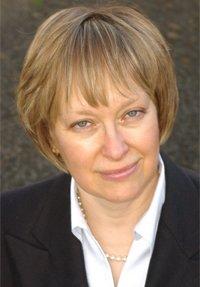 The Network is like a teenager, in yet another growth spurt. It’s a wonderful position to be in and with the Network now advertising on Tom Gresham’s GunTalk Radio program and in several gun magazines, we are reaching more and more gun owners who are only now realizing the importance of Network membership. I’ll admit sometimes questions from members who’ve come onboard in just the past few months set me back on my heels a bit and I am reminded that now and then a refresher course in Network membership benefits, how they work, and the rationale for how we structure member support is helpful.

Recently half a dozen inquiries have asked if the Network’s member benefits were available only after self defense accomplished with a firearm. As one of the first organizations to establish a suite of after-incident support measures for armed citizens, the Network did start in 2008 by focusing our assistance on self defense using guns, owing to the necessity of reserving those early monies in the Legal Defense Fund for the most serious needs. Soon, however, as early as 2011, we expanded that after-incident support to self defense accomplished by any legal means or method.

Since that expansion of services, we’ve had as part of our membership benefits description at http://www.armedcitizensnetwork.org/learn/membership-benefits “Benefit applicable to any justifiable use of force, whether firearms related or by other legal means of defense,” a statement I recently changed to bold type after such a rash of similar questions from members worried about eligibility for Network support if they used something other than a gun to defend themselves. One couple related that they were not going to renew their membership over this issue, but decided to ask. They were delighted when they learned that we stand strongly in support of members using layered defenses and not going immediately to guns!

In fact, as I reported to some of the members who emailed to ask about support for members after incidents resolved by non-gun defenses, of the eleven instances in which we paid legal fees for Network members involved in self defense, two members defended themselves with improvised implements that were readily at hand, and even never presented a gun, although both could have done so had they chosen. We paid their attorney fees just as quickly and without question, as we would have if either had needed to resort to deadly force with a firearm.

I am sometimes taken aback by the amount of mistrust and outright suspicion among armed citizens these days! Because we are proud of the good we’ve been able to do in seven short years, we dearly love to clarify the facts of how the Network works. We do find, however, that explaining member benefits is a lot harder when the questions submitted by email come across as if we are out to bilk the poor guy or gal!

A few weeks ago a member expressed his considerable distress and worry that Network membership benefits might be withheld by emailing, “So ‘YOU’ are going to help me only if my lawyer tells you there is a ‘reasonable self-defense component’????

“That is your reasonable decision to help me??

“If my case is a long shot, but I am innocent, you would say NO HELP?”

I don’t think our gentleman understood how the Network funds a member’s legal defense after a self-defense incident, and in hopes of short-circuiting other such fears, let’s briefly outline the role of the Network’s Legal Defense Fund and how we draw on it to support members after self defense.

The first funding is a deposit against attorney’s fees sent to the member’s attorney as soon as we get the word that the member has had to act in self defense. Network President Marty Hayes confers with the member’s attorney over the seriousness of likely charges and the attorney explains how much he or she will need to represent the member in the early days after the incident. Once this is established, the Network sends the attorney up to $10,000 to cover the cost of initial representation. In this phase, the only questions asked are those necessary to determine how much it will cost for the lawyer to provide initial representation for the member.

We want the attorney to have sufficient funding to attend fully to the member’s needs in the immediate aftermath–being present with the member during questioning, as well as arranging an independent investigation of the incident to tie down what really happened. Knowing that the facts of the case will become clearer as the investigation goes forward, we set a top limit of $10,000 since these funds are paid to the member’s attorney without any questions about the legality or justification for the use of force at this very early stage in the process. Our intention is to make certain that the member is represented by an attorney as quickly as possible after the incident and that the attorney has the resources he or she needs to do the job.

A couple of years after the Network started up, we expanded this benefit from up-to-$5,000 to up-to-$10,000 when we became aware that the expense for initial representation was higher than we’d originally estimated. To date, fee deposits paid on behalf of members have ranged from a low of $300 to provide a member with a simple one hour consultation with an attorney after an incident to several payments of the full $10,000 for members with cases so serious that the full amount was needed to cover the expenses of attending to their legal needs after self defense. The amounts vary because self defense can entail such very disparate fact patterns, encompass such very different ranges of potential entanglements, and attorney fees are higher or lower depending on the locale. One of the great strengths of the Network’s membership benefits structure is our freedom to respond to the needs of the individual member’s case without the restraints of an insurance policy or other limits.

OK, so that wraps up what I think of as Funding: Stage One. Now, if a member’s self-defense incident results in criminal charges and he or she is going to court, the member and his or her attorney can request grants of additional financial assistance to pay legal expenses of preparing for and going to trial. At this second stage of funding, the Network with the assistance of its Advisory Board (see http://armedcitizensnetwork.org/defensefund/advisory-board) bears a heavy responsibility to review the facts of the case as provided by the member and his or her attorney. I think this is the aspect of Network member support that had so worried my email correspondent, since the first stage of funding is extended without delay.
At this, the second stage, however, we certainly must determine that money from the Network’s Legal Defense Fund is not being requested to defend a criminal who joined the Network with the expectation of committing a crime and having the Network squander its Fund defending illegal actions. As I told the deeply concerned member who emailed, absolutely no one in the Network wants the Legal Defense Fund wasted defending a genuinely criminal act, so yes, a funding review process certainly does have to be in place as protection against the outside chance that someone joined the Network, then committed a murder, for example.

Since the Network funds the member’s legal defense “in real time,” that is, as the legal bills arise and before a court hears all the facts of the case and renders a verdict, there absolutely must be a process in place to assure all of the Network members that we will protect the Legal Defense Fund from being plundered by someone who set out to commit a crime and not face the punishment.

Most of our competitors’ self-defense aftermath support plans are dependent on insurance and thus if going to trial, their customers have to wait for not-guilty verdicts to have their attorney fees and other legal expenses paid. The Network’s member support is not reliant on insurance and sometimes that makes it hard for people to grasp what the Network does for members who have had to defend themselves. In the final analysis, I honestly believe that the only “proof” is in our actions. Not what we say, nor what a competitor says about the Network. Only in our actions.

To date, eleven Network members have been the beneficiaries of Network support after self defense. These disbursements from the Fund have often been discussed in Network President Marty Hayes’ President’s Message in this journal. We don’t gossip about member incidents and give only general information about the support extended because we must protect member privacy at all costs. Our greatest commitment must be to you, our members, and to your well being first and foremost.

To do this best, we also need your trust. I hope this explanation of member benefits provides explanations that will overcome any worry and suspicion.

Click here to return to April 2015 Journal to read more.